The Band recently announced the permanent appointment of a new Music Director, Mr Mark Witham, who has been acting in that role since the departure of our previous MD. 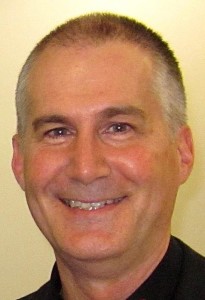 Mark brings with him a wealth of experience as a player (euphonium and trombone), band leader, music teacher, arranger and composer of band music.

His distinguished career includes many successful years in the Australian Army Band, followed by several leading and teaching roles in Sydney schools. He is currently the Director of Performing Arts and Director of Music at St Patrick’s College in Ballarat.

The band has already had a great time with Mark at the helm, and we’re looking forward to working with him in the months and years ahead as we continue to grow and improve.

We just wish he’d let us play Hootenanny from time to time!